For a polity which has been starved of the qualitative conversation envisaged by The Kukah Centre, the June 16 , 2016 inaugural encounter at the centre’s flagship platform, The Podium provides a jump off point in measuring the prospects of deliberate investment in the dialogic enterprise as a way out of collective doom. Coming a week after the Centre for Democrac y and Development, (CDD)’s Buharimeter Town Hall Meeting, The Podium presage the restoration of the culture of productive interface between power and the people. Ironically, it was under the first Buhari regime that this culture suffered the most intense formal assault when seminars, workshops and symposia became grand theatres for enacting the state by the defunct NSO. It is an interesting about-turn that in his second coming, Buhari seems to have turned a new leaf from a sense of power that made him to be reckoned with as a problem even for the establishment and the establishment a problem for him too. Over the past few decades, the democratic climate in Africa has been unstable with

political violence, threats of terrorism, institutional corruption, climate induced conflict and economic decline. The increasing rates of unemployment across the continent, the growing insecurity as well as the debilitating levels of poverty and the failure of African governments to swiftly tackle these issues have contributed immensely to the tragedy of youth migration to Europe.

As such, most Africans have an opinion about politics and politicians; politics is dirty and politicians are incompetent. The narrative has created a sense of apathy among Africans, murdered the dreams of young people and poured scorn on their aspirations. Doubts have also been expressed across different sectors on whether Democracy can work for Africa. There is an increasing trust deficit in democracy, politics and politicians. The question is, how can democratic governance help address the socio-economic challenges in Africa? How can hope be restored among thousands of Africans, and democracy be made to work for all and not just for a select few?

NIGERIA, A COUNTRY OF MANY NATIONS: A QUEST FOR NATIONAL INTEGRATION 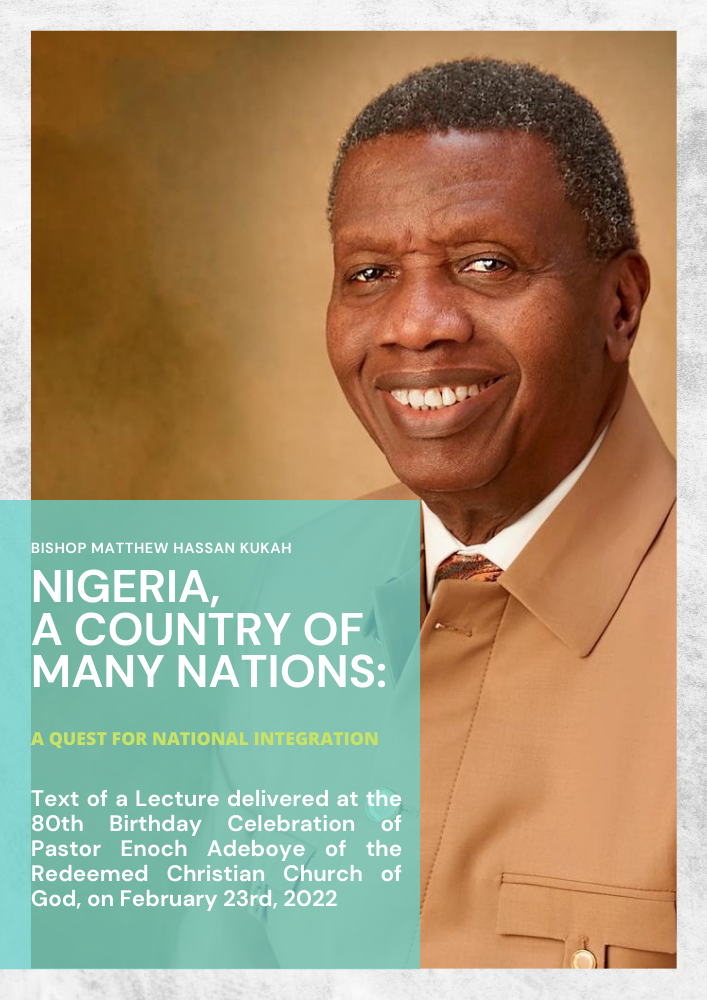 (Text of a Lecture delivered at the 80th Birthday Celebration of Pastor Enoch Adeboye of the Redeemed Christian Church of God, on February 23rd, 2022 by Bishop Matthew Hassan KUKAH)

DOWNLOAD NIGERIA, A COUNTRY OF MANY NATIONS: A QUEST FOR NATIONAL INTEGRATION